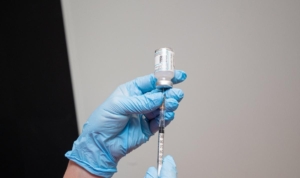 Last week, Moderna reported that several people were vaccinated as part of the first phase of clinical trials of an experimental HIV vaccine based on mRNA technology, writes CNN.

The trial, called IAVI G002, is being conducted in collaboration with the non-profit research organization IAVI. These include testing a vaccine that delivers specific HIV antigens to the body in order to elicit an immune response. These antigens were developed by scientists at IAVI and Scripps Research led by Dr. William Schiff.

Last year, during the experimental proof-of-concept phase, the research team found that HIV antigens elicited the desired immune response in 97% of participants.

Based on the results of previous trials, scientists are testing the initial version of the vaccine, its booster version, as well as the implementation of Moderna’s mRNA technology, which was previously used to create a successful vaccine against COVID-19.

“We are incredibly excited to be able to advance a new direction in HIV vaccine development based on Moderna’s mRNA platform. The search for an HIV vaccine has been long and complex, and the availability of new tools—immunogens and platforms—could be the key to discovering a much-needed and effective HIV vaccine,” Mark Feinberg, President and CEO of IAVI, wrote in a Moderna press release.

The new trial, funded in part by the Bill & Melinda Gates Foundation, will involve 56 HIV-negative adults to study both the safety and efficacy of the vaccine. 48 volunteers will receive at least one dose of the primary vaccine, 32 of whom will receive a booster. Eight more people will receive only the booster vaccine.

Translated from Russian to English.

https://ehpv.ee/wp-content/uploads/2018/11/ehpv_logo_en.jpg 0 0 Vassili Skripkin https://ehpv.ee/wp-content/uploads/2018/11/ehpv_logo_en.jpg Vassili Skripkin2022-02-01 14:28:212022-02-01 14:28:21Clinical trials of an experimental HIV vaccine based on Moderna's mRNA technology have begun
Young sexual minority men and transgender women A highly virulent variant of HIV-1 circulating
Scroll to top
This website uses cookies to improve your experience. We'll assume you're ok with this, but you can opt-out if you wish.AcceptReject Read More
Privacy & Cookies Policy